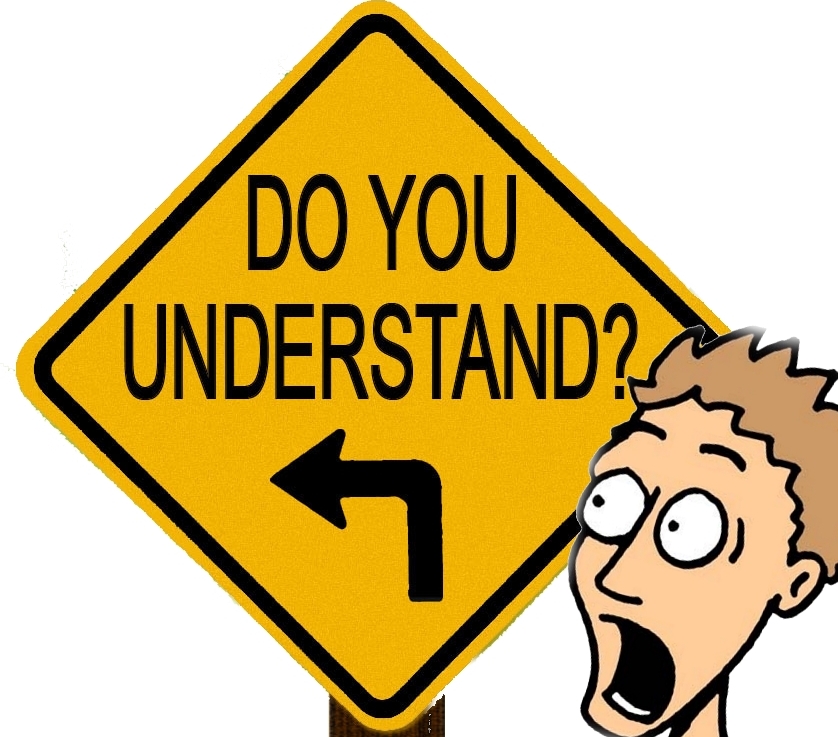 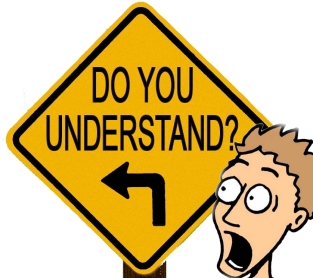 ngs to get right. Yet, when compared with many other aspects of pre-service training courses, there is a comparatively low survival rate for check questions (CQs) after trainees graduate.
Indeed, when such trainees observe the classes of more experienced teachers, they often note the absence of CQs, and some may even come back having heard experienced teachers using the dreaded: “DO YOU UNDERSTAND?” Oh, the shame of it!

But should we really be so fearful of this question? After all, it is perhaps one of the most common and natural questions to ask in similar situations (informal learning opportunities) outside the classroom. In this blog I would like to explore the possibility that asking ‘Do you understand?’ may be at least as effective as asking CQs, if not more so. I do so in a spirit of exploration, and would firstly like to admit that when I’m working on CELTA or CertTESOL courses, like my colleagues, I do encourage trainees to make use of ICQs and CCQs when appropriate.

Why ICQs and CCQs can’t necessarily be relied upon

CQs can’t be relied upon for the simple reason that they don’t check understanding reliably. Let me provide an example using an entirely hypothetical scenario:

Let’s imagine you ask your class of 20 students a binary question with two possible answers (Alone or in pairs? Easy or difficult? etc.) to check understanding of an instruction or a concept. The first problem is the binary nature of your question. 50% of them may get it right, even if they don’t understand, just by guessing. So the data you receive in response will inevitably be unreliable.

Now it’s often pointed out that a CQ should not include language or grammar that is more complex than the concept or instruction it’s trying to check, which makes sense. Unfortunately, by its very nature, your interrogative CQ is both grammatically and cognitively more complex to process (especially when delivered orally) than the statement you’re checking, in English, at least. So there is a very real possibility that the learners won’t understand the CQ, and will either guess or simply keep their mouths shut.

Now given that a significant amount of all communication is non-verbal, it’s quite likely, (more so for pre-service trainees) that many of the students can guess the ‘right’ answer by drawing on such non-verbal cues. The chances of them getting it right by guessing just increased significantly. Your data loses reliability further.

But it gets worse still. It is very rare for all the students to respond to CQs, for a multitude of reasons, not just the complexity. Typically, less than half the class do. And  those that do respond tend to be the stronger ones, who are more likely to have understood what you were trying to explain in the first place.

Thus, the data you receive has very little reliability and comes from the wrong respondents – i.e. it has no validity.

Now let’s compare this to asking the dreaded question: Do you understand?

According to notions of best practice on pre-service courses, this question should not be asked due to two key criticisms:

Yet, this much maligned question actually fares at least as well, if not better than CQs in a similar hypothetical scenario. Firstly, the students will definitely understand the question itself, and because it doesn’t attempt to check understanding (it enquires about it), there’s no guessing or giving away the answer involved. Now let’s envisage our scenario: After asking ‘Do you understand?’ let’s imagine that half the class think that they do, when in fact they don’t, and that of the students that don’t understand, let’s say half are too ashamed to admit that they don’t. That leaves 25% of the class who think they don’t understand and are willing to say so (i.e. 5 in a class of 20). Even if only 20% of the class respond to your question, one will let you know that she/he hasn’t understood… at least in this hypothetical scenario.

Using ‘Do you understand?’ effectively

On occasions when pre-service trainees have reported hearing experienced teachers using this question, we can often be hasty to dismiss it (and undermine the practice of our colleagues), or to argue that there is an important difference between what they’re doing and what trainees are expected to do. But perhaps there shouldn’t be. Perhaps, even on pre-service courses, we can help trainees to understand when this question is likely to be more and less effective, and how they can use it more appropriately.

Whether you’re a teacher or teacher trainer, here follow a few ideas for exploring the use of the dreaded question:

Perhaps the most common reason why asking ‘Do you understand?’ doesn’t work for trainee teachers is because they are often asking it to students they have recently met, in classes of students who don’t know each other very well, and so are reluctant to respond honestly. Compare this to a class who know each other and their teacher well, and the chances of an honest response are much higher. Thus, while we may want to advise them against using it in their first lessons with a new class, they may benefit from experimenting with it after they’ve got to know their learners a little better. Then we can advise them to ask the question sincerely and to trust their intuition: look into the eyes of each learner and gauge their response. Some will provide very clear body language that we should be able to interpret. Let’s be honest, this is a transferable skill.

Before asking the question, tell the students that they should respond by either nodding or shaking their head – no speaking. Then ask ‘Do you understand?’, and glance across the class. More responses tend to occur because they know you can see them, but their classmates aren’t looking at them. If you can see several of them shaking their heads, you may need to clarify further! Alternatively, if only one or two are shaking, you could get a classmate to help, or provide support yourself at the next opportunity. It’s a bit like saying ‘Raise your hand if you need any help’.

Instead of using CQs, some teachers prefer to get one student to repeat back what was said to the class to check understanding. Some don’t like this idea, partly because it singles out individual students. However, it has 3 key advantages: Firstly, the weaker learners get to hear the information twice, the second time mediated by someone with a much closer level of proficiency to theirs. Secondly, there’s no use of more complex interrogatives. And thirdly, it often flags up anything that we have forgotten to say (It’s not just me who gives bad instructions when he’s tired, is it?). The question ‘Who understands?’ is a simple way to ask for a volunteer. Once they get used to this question, some will see it as an opportunity to demonstrate their understanding and practise their speaking skills, thereby providing a useful challenge for more confident learners, and modified input for the less able; i.e. effective differentiation.

It stands to reason (at least in CLT) that we should try to give our learners as much input in the target language as possible. And some of the most authentic and natural input that we provide happens during our explanations of concepts and instructions. For this reason, many teachers who share their learners’ first language often prefer to explain concepts and give instructions in English. But sometimes it’s useful to take a timeout from this. So the question ‘Do you understand?’ asked in the first language can signal a useful opportunity to switch temporarily to L1. Depending on your context, several things could happen at this stage. Learners could be encouraged to ask questions to you, to their partner, or to offer an explanation for the whole class in L1.

Conclusion and other blogs on the topic

‘Do you understand?’ is not alone in being largely banned from the classroom. Other natural questions such as ‘Is that clear?’ and ‘Everyone got that?’ are often avoided, frowned upon or outlawed. Perhaps the most common question that we ask each other in our daily lives performs a similar function: ‘OK?’, and I’ve heard trainers tell trainees never to say even this. Has our practice become so abstracted from the real world that we are happy to bar all of these from our meaningful interactions with our co-classians (invented word), I wonder?

In this short, exploratory blog, I’ve questioned whether ICQs and CCQs are really more effective in checking understanding than more natural questions such as ‘Do you understand?’, but this is just one opinion. Damian Williams provides a range of alternatives for ICQs in his interesting blog on this topic here. Michael Griffin rants about their overuse here. And Hana Tichá discusses how she uses CQs as a useful tool to challenge and engage her learners. If you’re finding it difficult to write CCQs, this blog from Marisa Constantinides should prove useful. If you’ve always used ‘Do you understand?’ without thinking of the dangers, please also read this British Council blog by Declan Cooley, which outlines the key issues well.

Does anybody understand what I’m talking about?

4 thoughts on “‘Do you understand?’ – A case for reassessment”